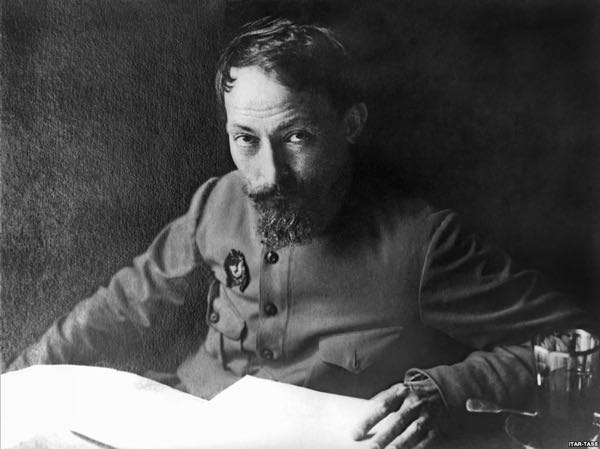 The mass die-off of nerve cells in the brains of people with Alzheimer’s disease may largely occur because an entirely different class of brain cells, called microglia, begin to fall down on the job, according to a new study by researchers at the Stanford University School of Medicine.

The researchers found that, in mice, blocking the action of a single molecule on the surface of microglia restored the cells’ ability to get the job done — and reversed memory loss and myriad other Alzheimer’s-like features in the animals.

The study, published online Dec. 8 in The Journal of Clinical Investigation, illustrates the importance of microglia and could lead to new ways of warding off the onset of Alzheimer’s disease, which is predicted to afflict 15 million people by mid-century unless some form of cure or prevention is found. The study also may help explain an intriguing association between aspirin and reduced rates of Alzheimer’s.

Microglia, which constitute about 10-15 percent of all the cells in the brain, actually resemble immune cells considerably more than they do nerve cells.

“Microglia are the brain’s beat cops,” said Katrin Andreasson, MD, professor of neurology and neurological sciences and the study’s senior author. “Our experiments show that keeping them on the right track counters memory loss and preserves healthy brain physiology.”

A microglial cell serves as a front-line sentry, monitoring its surroundings for suspicious activities and materials by probing its local environment. If it spots trouble, it releases substances that recruit other microglia to the scene, said Andreasson. Microglia are tough cops, protecting the brain against invading bacteria and viruses by gobbling them up. They are adept at calming things down, too, clamping down on inflammation if it gets out of hand. They also work as garbage collectors, chewing up dead cells and molecular debris strewn among living cells — including clusters of a protein called A-beta, notorious for aggregating into gummy deposits called Alzheimer’s plaques, the disease’s hallmark anatomical feature.

A-beta, produced throughout the body, is as natural as it is ubiquitous. But when it clumps into soluble clusters consisting of a few molecules, it’s highly toxic to nerve cells. These clusters are believed to play a substantial role in causing Alzheimer’s.

“The microglia are supposed to be, from the get-go, constantly clearing A-beta, as well as keeping a lid on inflammation,” Andreasson said. “If they lose their ability to function, things get out of control. A-beta builds up in the brain, inducing toxic inflammation.”

If they lose their ability to function, things get out of control.
The Stanford study provides strong evidence that this deterioration in microglial function is driven, in large part, by the heightened signaling activity of a single molecule that sits on the surface of microglial and nerve cells. Previous work in Andreasson’s lab and other labs has shown that this molecule, a receptor protein called EP2, has a strong potential to cause inflammation when activated by binding to a substance called prostaglandin E2, or PGE2.

“We’d previously observed that if we bioengineered mice so their brain cells lacked this receptor, there was a huge reduction in inflammatory activity in the brain,” she said. But they didn’t know whether nerve cells or microglia were responsible for that inflammatory activity, or what its precise consequences were. So they determined to find out.

The experiments began in a dish. Isolating viable microglia from the brain is quite difficult. But it’s easy to harvest large numbers of their close cousins, immune cells called macrophages. These cells circulate throughout the body and can be readily obtained from a blood sample. While not carbon copies of one another, microglia and macrophages share numerous genetic, biochemical and behavioral features.

When placed in a dish with soluble A-beta clusters, macrophages drawn from young mice responded calmly, producing recruiting chemicals and not ramping up production of inflammatory molecules. Notably, the output of A-beta-chewing enzymes in these young cells was robust. But macrophages from older mice acted differently: A-beta’s presence incited a big increase in EP2 activity in these cells, resulting in amped-up output of inflammatory molecules and reduced generation of recruiting chemicals and A-beta-digesting enzymes.

This early hint that age-related changes in EP2 action in microglia might be promoting some of the neuropathological features implicated in Alzheimer’s was borne out in subsequent experiments for which Andreasson’s team used mice genetically predisposed to get the mouse equivalent of Alzheimer’s, as well as otherwise normal mice into whose brains the scientists injected either A-beta or a control solution. In both groups of mice, the expected deleterious effects on memory and learning didn’t arise if EP2 within microglial cells was absent, as a result of a genetic manipulation. Blocking microglial EP2 activity significantly improved these animals’ performance on two kinds of standard memory tests: one that assesses how quickly a mouse forgets that it has encountered an object before, and another that rates the mouse’s ability to remember where a food reward is in a maze.

Clearly, knocking out EP2 action in A-beta-provoked microglia benefited memory in mice that had either gradually (the “Alzheimer’s” mice) or suddenly (the brain-injected mice) acquired excessive A-beta in their brains. Likewise, mouse microglia bioengineered to lack EP2 vastly outperformed unaltered microglia, in A-beta-challenged brains, at such critical tasks as secreting recruiting chemicals and factors beneficial to nerve cells and in producing inflammation-countering, rather than inflammation-spurring, proteins.

Epidemiological reports suggest that the use of nonsteroidal anti-inflammatory drugs, such as aspirin, can prevent the onset of Alzheimer’s — although only if their use is initiated well before any signs of the disorder begin to show up in older people, Andreasson said. “Once you have any whiff of memory loss, these drugs have no effect,” she said. NSAIDs’ mainly act by blocking two enzymes called COX-1 and COX-2; these enzymes create a molecule that can be converted to several different substances, including PGE2 — the hormone-like chemical that triggers EP2 action.

Once you have any whiff of memory loss, these drugs have no effect.
Although PGE2 is known to regulate inflammatory changes in the brain, it exercises diverse, useful functions in different tissues throughout the body, from influencing blood pressure to inducing labor. Complicating matters, PGE2 is just one of five different prostaglandins originating from the precursor molecule produced by COX-1 and COX-2. So aspirin and other COX-1- and COX-2-inhibiting drugs may have myriad effects, not all of them beneficial. It may turn out that a compound blocking only EP2 activity on microglial cells, or some downstream consequences within microglial cells, would be better-suited for fending off Alzheimer’s without side effects, said Andreasson. Meanwhile, her group is exploring the biological mechanisms via which PE2 signaling pushes microglia over to the dark side.

The study was supported by the National Institutes for Health (grants RO1AG030209, R21AG033914 and NRSA F31AG039195), the Alzheimer’s Association, the Swedish Research Council and the National Science Foundation.

Information about Stanford’s Department of Neurology and Neurological Sciences, which also supported the work, is available at http://www.neurology.stanford.edu.
Collapse