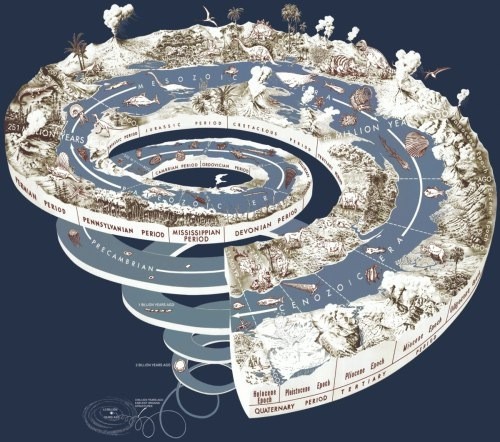 Direct insights into the extent and causes of evolutionary contingency have been limited to experimental systems7, 8, 9, because it is difficult to know what happened in the deep past and to characterize other paths that evolution could have followed. Here we combine ancestral protein reconstruction, directed evolution and biophysical analysis to explore alternative ‘might-have-been’ trajectories during the ancient evolution of a novel protein function. We previously found that the evolution of cortisol specificity in the ancestral glucocorticoid receptor (GR) was contingent on permissive substitutions, which had no apparent effect on receptor function but were necessary for GR to tolerate the large-effect mutations that caused the shift in specificity6. Here we show that alternative mutations that could have permitted the historical function-switching substitutions are extremely rare in the ensemble of genotypes accessible to the ancestral GR. In a library of thousands of variants of the ancestral protein, we recovered historical permissive substitutions but no alternative permissive genotypes. Using biophysical analysis, we found that permissive mutations must satisfy at least three physical requirements—they must stabilize specific local elements of the protein structure, maintain the correct energetic balance between functional conformations, and be compatible with the ancestral and derived structures—thus revealing why permissive mutations are rare. These findings demonstrate that GR evolution depended strongly on improbable, non-deterministic events, and this contingency arose from intrinsic biophysical properties of the protein.

How did academic publishers acquire these feudal powers?

By George Monbiot. Published in the Guardian 30th August 2011

Who are the most ruthless capitalists in the Western world? Whose monopolistic practices makes WalMart look like a corner shop and Rupert Murdoch look like a socialist? You won’t guess the answer in a month of Sundays. While there are plenty of candidates, my vote goes not to the banks, the oil companies or the health insurers, but – wait for it – to academic publishers. Theirs might sound like a fusty and insignificant sector. It is anything but. Of all corporate scams, the racket they run is most urgently in need of referral to the competition authorities.

Even the smartest college students suffer academically when they use the Internet in class for non-academic purposes, finds new research by Michigan State University scholars.

The study, funded by the National Science Foundation, speaks to typical lecture-hall culture in which professors compete for students’ attention with laptops and smartphones.

“Students of all intellectual abilities should be responsible for not letting themselves be distracted by use of the Internet,” said Susan Ravizza, associate professor of psychology and lead investigator on the study.

Ravizza and colleagues studied non-academic Internet use in an introductory psychology class at MSU with 500 students. The working theory: Heavy Internet users with lower intellectual abilities – determined by ACT scores – would perform worse on exams. Past research suggests smarter people are better at multitasking and filtering out distractions.

But surprisingly, that wasn’t the case. All students, regardless of intellectual ability, had lower exam scores the more they used the Internet for non-academic purposes such as reading the news, sending emails and posting Facebook updates.

Ravizza said that might be because Internet use is a different type of multitasking, in that it can be so engaging.

The study also showed students discounted the effects of Internet use on academic performance, reinforcing past findings that students have poor awareness of how their smartphones and laptops affect learning.

Ravizza said it would be nearly impossible to attempt to ban smartphones or other electronic devices from lecture halls. “What would you do, have hundreds of people put their cell phones in a pile and pick them up after class?” Such a ban might also be a safety issue, since cell phones have become a primary source of receiving emergency messages.

The study appears in the online version of the journal Computers & Education. Researchers Zach Hambrick and Kimberly Fenn, both from MSU’s Department of Psychology, were co-authors.